I want to relate a story that happened to a professional friend, Dov Baron, who I hang out with. This conversation happened in Seattle (my home town), one year after my high school graduation. 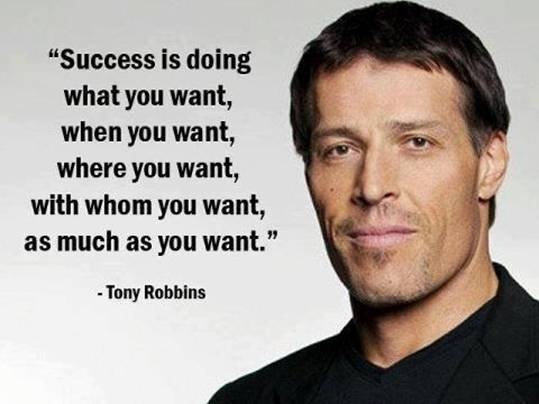 After the event while still being chided and elbowed by his friends that Tony was no different than him with his “motivational talk,” Dov determined to meet with him after the event. After waiting his turn in line, Tony asked Dov if he liked the seminar and what he was feeling. Dov responded by saying, “I’m pissed off!” (*excuse the language)

…which only confirmed Dov’s mood. While green steam of envy continued permeate around Dov’s face, Tony asked why he was so ticked off. Dov responded, “Tony, you made 11-million dollars this last year and we are almost identical with what we believe and teach. How do you do it?”

….Tony continued, “The only reason I make 11-million dollars is because I have a team and you don’t. Get a team!”

It took Dove 10-years after that piece of advice that he never forgot to finally figure it out but eventually getting himself a team. Today, Dov is making millions because of this 1987 entrepreneurial advice back in Seattle. Listen to Dov’s full story here: www.eofire.com/podcast/DovBaron